The turn of the 21st century was accompanied by a huge surge in media technologies, revolutionizing how people communicate with each other. Millennials spend an average of about 18 hours a day exposed to various forms of media This heavy media saturation highlights the importance of why students need to know how to critically analyze the messages they are constantly bombarded with.

Just as schools require students to know how to read and write literature, they should also be taught how to “read” and “write” media, especially considering how imagery and representation can have a huge impact on our beliefs and opinions. This is particularly important during the developmental phase of adolescence when media exposure can influence a young person’s physical, moral, emotional, and cultural aspects of identity.

Public perception is very much shaped by how events and narratives are framed in the media. In the past, large news corporations with advertisers and agendas controlled these stories, but today with Twitter, YouTube, Vine, Facebook, etc., anyone has the capability and power to control how they want to be perceived. For the first time in history the entire globe is connected, people from marginalized communities now have the tools to tell their own stories without much personal cost and share them widely with just the click of a button. Indigenous people are an example of communities taking advantage of digital media. Popular history has us believe that colonization in America is part of the past, when in fact it is still happening today. Indigenous youth are using the power of video to tell the world that they are still here, that their human rights are still being denied, and that colonization is not over.

As educators who grew up during this time period of intense communications growth we have the responsibility to teach students how to effectively use these tools to combat the injustices around them.

Most teachers see cell phones, social media, TV, movies, and music as distractions from rigorous academic work. Instead of banning this type of media from the classroom (good luck with that), let’s incorporate them into our pedagogy and engage students using material they are already interested in. One example is to allow students to bring in pieces of media they enjoy and analyze them as a class. This not only gives the students a small amount of control over the curriculum and a chance to shape their own learning, but also helps show how what they learn in class applies to the outside world.

In addition to analyzing media, helping students create media is equally important. It is an engaging, empowering way for students to explore and investigate problems happening in the their communities. Today, students have the capacity to create an entire film just with their cell phones and share them with the world. Organizations like Detroit Future Schools and Global Action Project have already been working around youth created media with great success by connecting them with social justice struggles so students can see the impact of their stories.

Digital media is the primary way we all communicate with each other and is the modern era’s version of literature. Everyday the movement for media literacy in schools is growing and as educators it’s vital that we teach our students how to use these increasingly necessary tools for change. 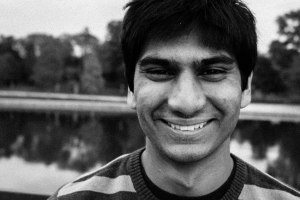 Ankur Singh is a Global Studies and Elementary Education student at Prescott College. He is the director of LISTEN a documentary about education from the student’s perspective and is a 2015 Young People For Fellow. He is interested in the intersection of film, education, and social justice. You can follow him on Twitter at @ankrsingh

One thought on “Media Literacy, Social Justice, and Teaching”